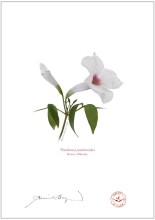 Meaning of name:
Pandorea is a reference to Pandora and her box, and how the many seeds in the seed pod are released when the pod is opened
jasminoides is from Latin: jasminum, jasmine + Greek: oides, resembling. Resembling jasmine, or more specifically, resembling the genus Jasminum

Pandorea jasminoides is sometimes called Bower of Beauty. It is an Australian native woody climbing vine indigenous to the rainforest and wet sclerophyll forests of north-eastern New South Wales and south-eastern Queensland. It has become popular in gardens where it is easily trained over fences and trellises, and admired for its striking green foliage and extended flowering period from spring to late summer. 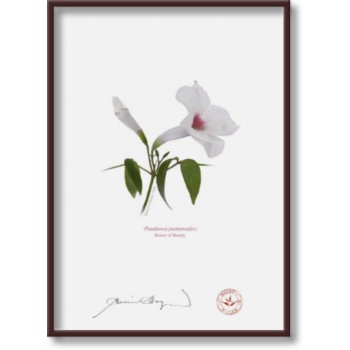 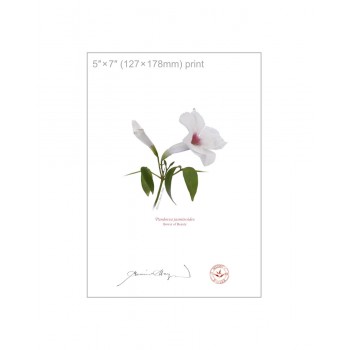 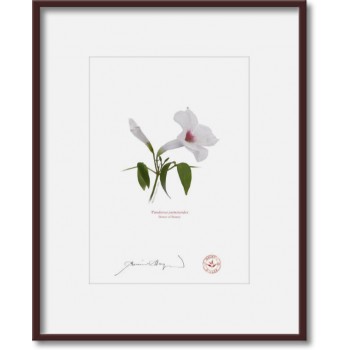 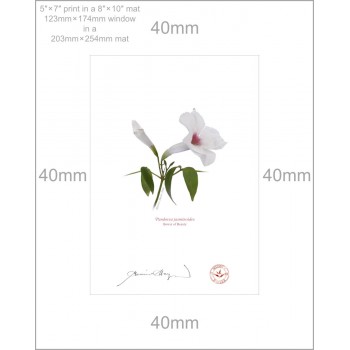 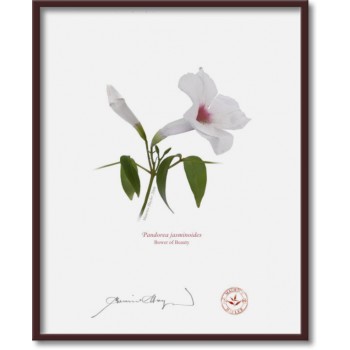 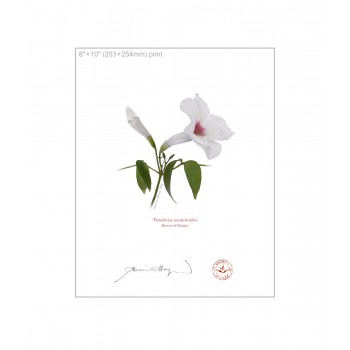 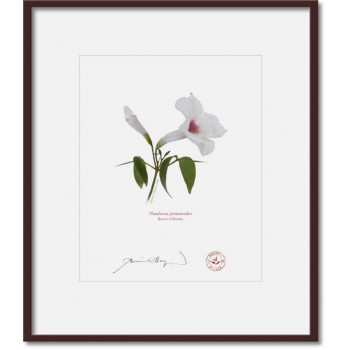 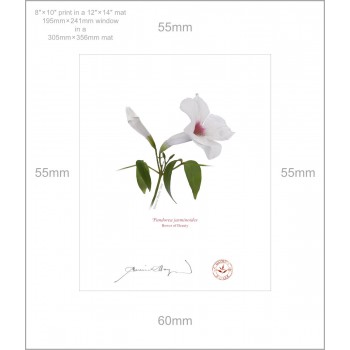 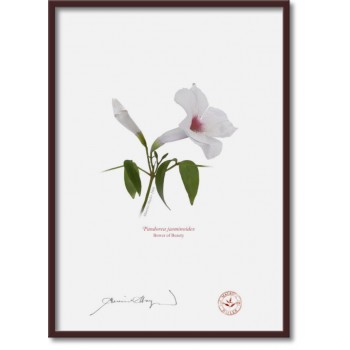 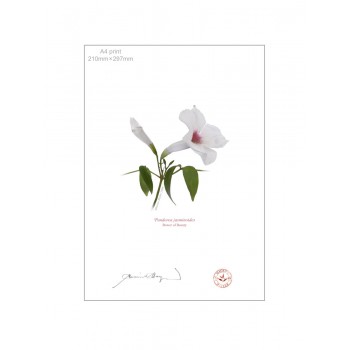 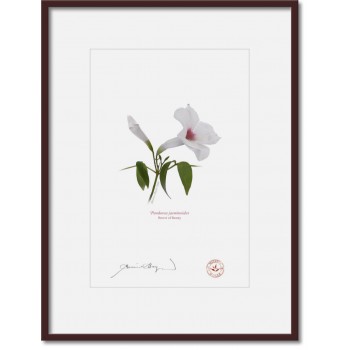 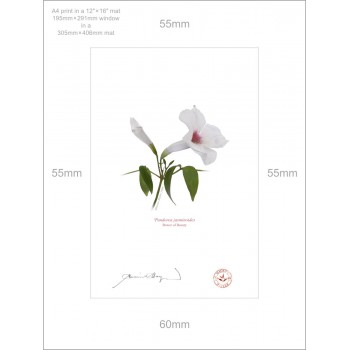 123 Pandorea jasminoides - A4 Print Ready to Frame With 12″ × 16″ Mat and Backing
$65.00
Showing 1 to 6 of 6 (1 Pages)
Testimonials
"I just wanted to say a huge thank you! I received the prints today and they are absolutely beautiful and better than I could have imagined. Thank you so much."
"I just rang to say your prints are gorgeous and so beautifully packed I re-used your packaging to send them overseas!"
"Thank you so much for my four A4 Botanical Prints, I knew they would be beautiful but they really are exquisite. I have framed them in white and they will certainly be admired every day."