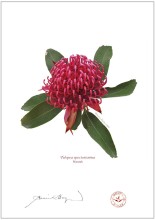 Meaning of name:
Telopea is from Greek: telopos, seen from afar, a reference to the distance at which the flowers are visible. The genus was named in 1810 by Robert Brown (1773–1858), a Scottish botanist and paleobotanist who did much for botany with his pioneering work with the microscope. He also contributed greatly to Australian botany
speciosissima is from Latin: speciosus, handsome, beautiful + the superlative form. Most handsome, most beautiful

The waratah was officially made the floral emblem of New South Wales in 1962, and has a natural range of only about 200km from Sydney. Another isolated pocket was thought to exist in the Gibraltar Range in northern New South Wales, but this was described as a separate species by botanists Peter Weston and Mike Crisp in 1995 and is now known as Telopea aspera (the Gibraltar Range Waratah).

T. speciosissima grows as a shrub some 3m to 4m (10 to 13 feet) high and 2m (6.5 feet) wide. The flowers are the ideal cut flower, being long-lasting (10 to 14 days) and with a prominent head on a single stem, and are widely cultivated for the cut flower industry both in Australia and overseas. 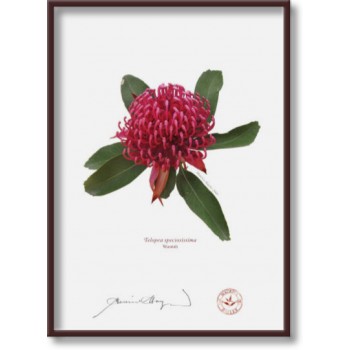 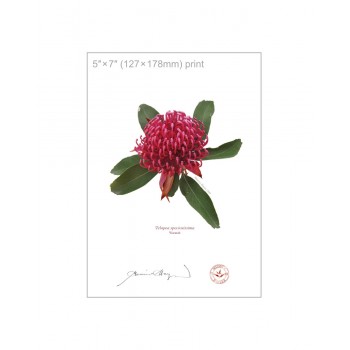 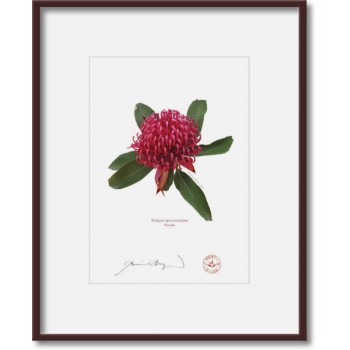 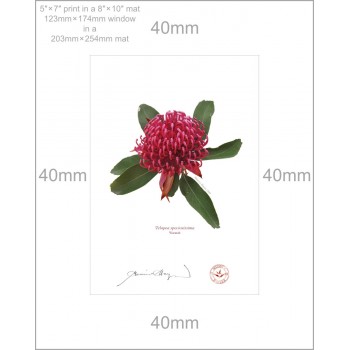 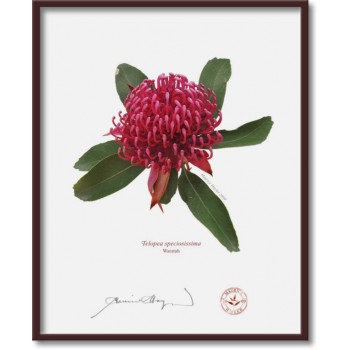 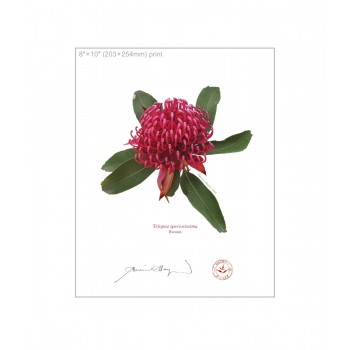 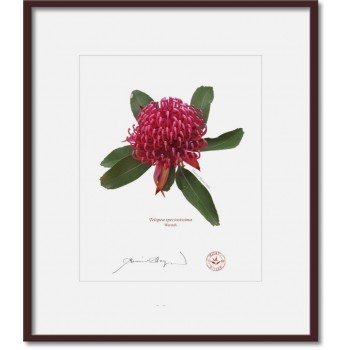 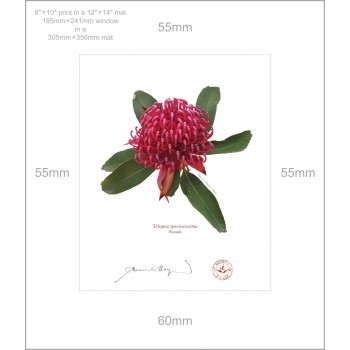 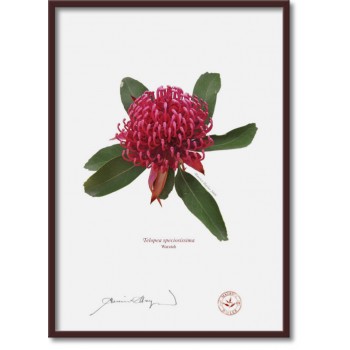 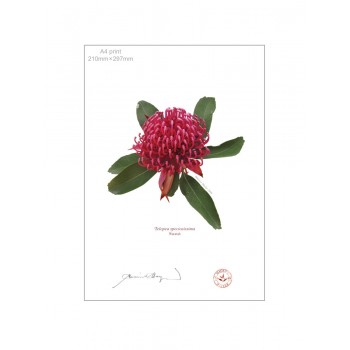 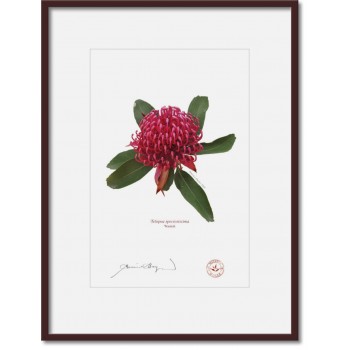 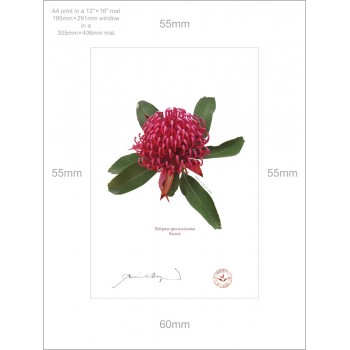 205 Waratah (Telopea speciosissima) - A4 Print Ready to Frame With 12″ × 16″ Mat and Backing
$65.00
Showing 1 to 6 of 6 (1 Pages)
Testimonials
“I just wanted to say a huge thank you! I received the prints today and they are absolutely beautiful and better than I could have imagined. Thank you so much.”
“I just rang to say your prints are gorgeous and so beautifully packed I re-used your packaging to send them overseas!”
“Thank you so much for my four A4 Botanical Prints, I knew they would be beautiful but they really are exquisite. I have framed them in white and they will certainly be admired every day.”
“It was such a pleasure drooling over these stunning pieces online then using the collection by state option to choose a plant local to my area. Maurice's work is detailed and gorgeous, and I can't thank Kristi enough for her help arranging everything and dispatching it express post, and for being an absolute hoot to deal with both over the phone and online. I've purchased this as a farewell gift for a colleague but am now looking at options for my own walls.”
“I wanted to let you know that [our daughter] LOVED her prints. When she looked at the website, she wanted them ALL but of course was grateful for our choice. Maurice's work is very inspiring and so very beautiful. Many thanks for your help.”
“Prints arrived this morning! They are absolutely stunning in person. Thank you so much for getting them to me quickly and creating a lovely shopping experience.”