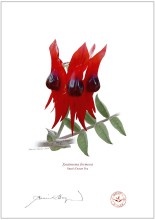 Meaning of name:
Swainsona, after Isaac Swainson (1746–1812), an English botanist famous for his botanical garden
formosa is from Latin: formosus, shapely, beautiful, handsome. The flowers

The Sturt’s Desert Pea is one of the more famous of Australian wildflowers, and it is the floral emblem of South Australia. Its natural environment is the arid central regions of Australia, and its range covers all the mainland States with the exception of Victoria.

While the plant was first collected by English explorer William Dampier in 1699, its common name comes from the later explorer Charles Sturt, who recorded seeing vast numbers of the flowers during his exploration of the Australian interior in 1844.

The Desert Pea is a prostrate legume that can spread out to about 2m (6.5 feet). The flowers appear from spring to summer, and especially after rain. The coloured spot in the middle of the flower is called the ‘boss’. While the blood-red flower colour with a black boss is the most well-known, there are naturally occurring red types with red or pink bosses, and a naturally occurring pure white form with a white boss as well. Six 8cm flowers are borne on each flower stalk, which turn into hairy pods, each containing about 50 flat, kidney shaped seeds. 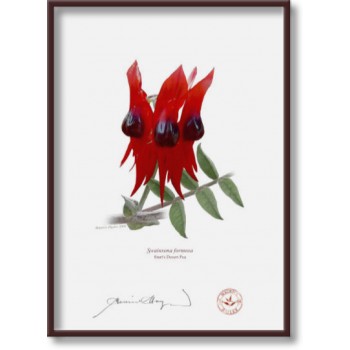 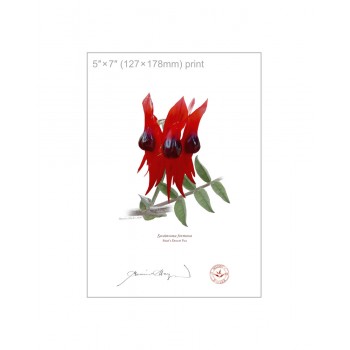 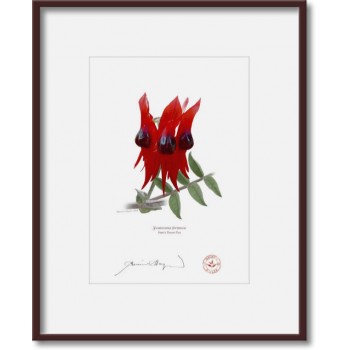 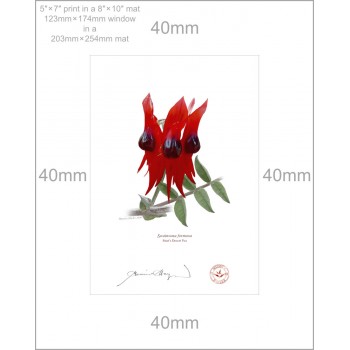 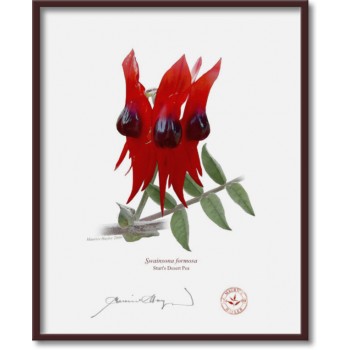 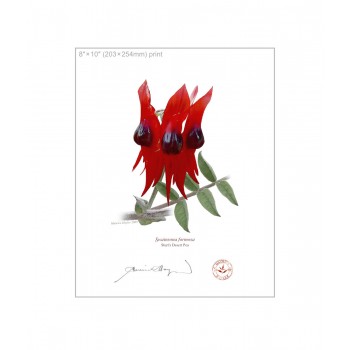 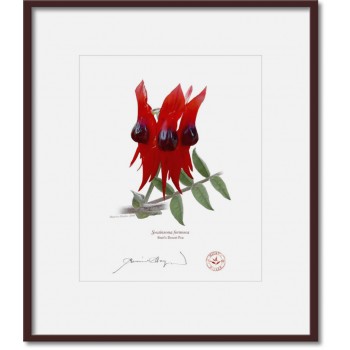 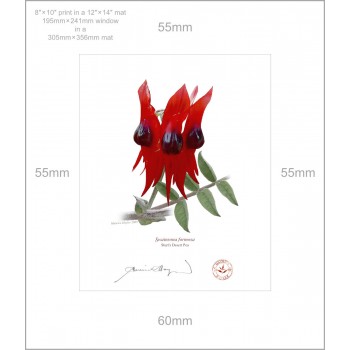 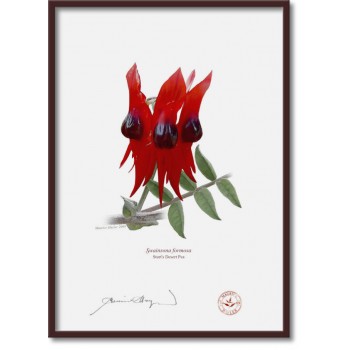 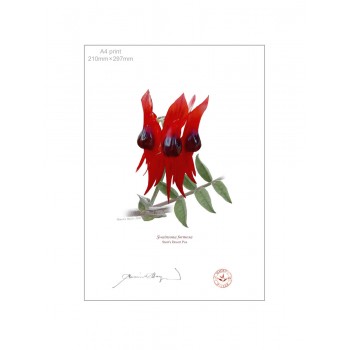 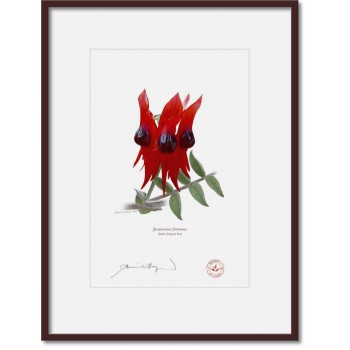 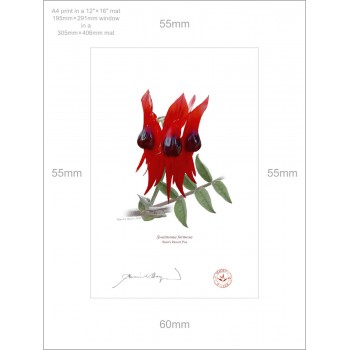 160 Sturt's Desert Pea (Swainsona formosa) - A4 Print Ready to Frame With 12″ × 16″ Mat and Backing
$65.00
Showing 1 to 6 of 6 (1 Pages)
Testimonials
"I just wanted to say a huge thank you! I received the prints today and they are absolutely beautiful and better than I could have imagined. Thank you so much."
"I just rang to say your prints are gorgeous and so beautifully packed I re-used your packaging to send them overseas!"
"Thank you so much for my four A4 Botanical Prints, I knew they would be beautiful but they really are exquisite. I have framed them in white and they will certainly be admired every day."